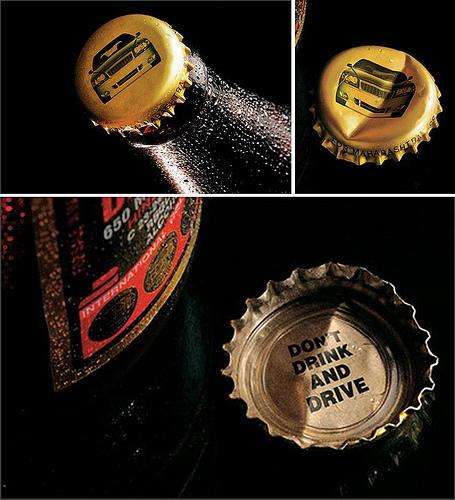 The idea is simple yet extremely effective. A car is printed on the top of the beer crown, inviting people to look under the crown after they open the beer to see if they won the car as a prize.

By opening the beer bottle, the crown naturally gets dented and the car looks as if it were in an accident. When you flip the crown, you see a message that says, “Don’t drink and drive.”

By connecting the message with the visual of the dented car, the campaign is pretty effective in delivering its message.

The ambient guerrilla campaign was created with art director Sanket Pathare and copywriter Parixit Bhattacharya (yeah, it must have been SO hard to come up with the “don’t drink and drive” copy).
4.4
Score
Popularity
Activity
Freshness
Access Advisory Services