Retro Console Board Games
Next
Set of
Related
Ideas 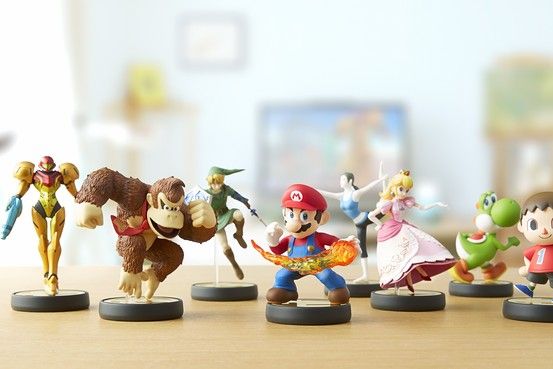 Laura McQuarrie — June 11, 2014 — Tech
References: e3.nintendo & blogs.wsj
Share on Facebook Share on Twitter Share on LinkedIn Share on Pinterest
Nintendo made quite a few exciting announcements at the E3 2014 conference and among them was the announcement of the Nintendo Amiibo figurines. The toys will be very similar to those that belong to Skylanders and Disney Infinity, since the figures themselves add a new way to experience a game. The figurines are embedded with special chips and make use of near-field communication, so that players will be able to hold Amiibos like Mario, Kirby or Pikachu over a Wii U GamePad and with a game like Super Smash Bros., this action will summon that particular character to battle. Players will also be able to level up their Amiibos over time.

As of now, Nintendo has announced 10 different Amiibos, although there are plans to introduce more, as well as include support for other games like Mario Kart 8, Yoshi's Woolly World and Captain Toad: Treasure Tracker.
2.3
Score
Popularity
Activity
Freshness
Jeremy Gutsche Keynote Speaker