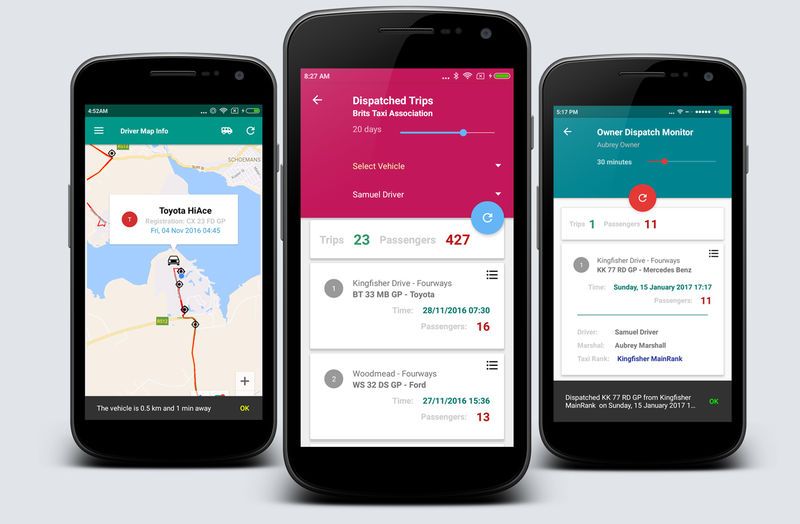 The AftaRobot app is Hoping to Improve Taxi Transit in Johannesburg

Justin Lam — February 15, 2018 — Tech
References: aftarobot & fastcompany
Share on Facebook Share on Twitter Share on LinkedIn Share on Pinterest
The AftaRobot app is looking to make the iconic minibus taxi system better. Minibus taxis are a key part of the Johannesburg transit system, but face a reputation of being unreliable and dangerous, yet many residents cannot afford another option. The minibus industry emerged in the 1980's and unlike other forms of public transportation, the minibus taxis were cheap, ran late at night and would make stops at distant locations. These formative years of the minibus taxi system ingrained it heavily into the city and has become a staple part of Johannesburg.

The problems associated with minibus taxis often deal with the the routes and dispatch, this is where the Aftarobot app comes in. The app aims to reshape the minibus taxi experience, and takes cues from apps like Uber and Lyft. The app will allow commuters to make pickup requests, and know when and where they will get a ride. The app will also aid drivers in route direction, and can be used by Taxi owners to better dispatch drivers. The app is hoping to receive widespread adoption throughout Johannesburg in an attempt to better organize the city's public transportation.