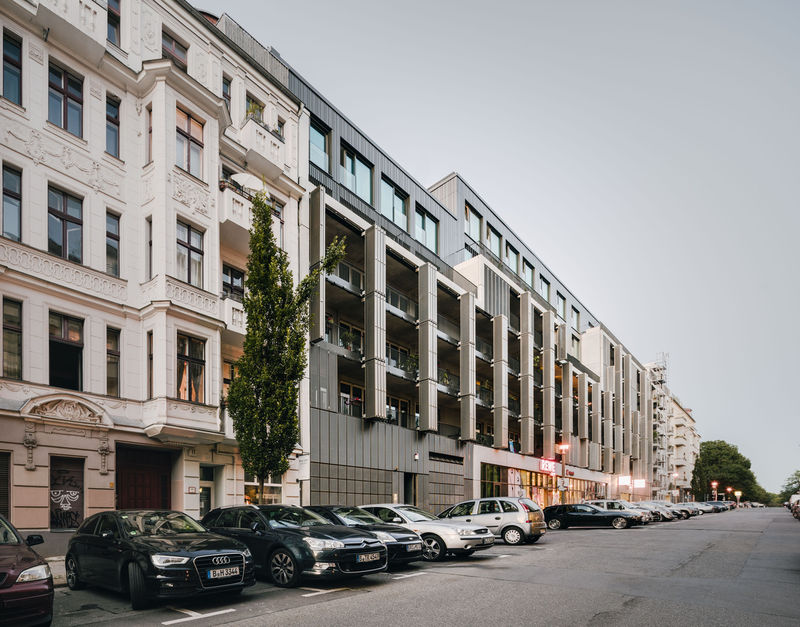 Joey Haar — January 20, 2018 — Art & Design
References: archdaily
Share on Facebook Share on Twitter Share on LinkedIn Share on Pinterest
All too often, new developments leave massive footprints on ingrained neighborhoods, changing the makeup of the area for better or for worse, but 'pa195', a new apartment complex built by Zanderroth Architekten, was intentionally design to prevent that outcome. The set of three buildings in Berlin's Botzowkiez neighborhood densify the area without changing the general feel of the surroundings.

Zanderroth Architekten built pa1925 on the same lot as a perexisting local supermarket, but rather than co-opting that business, the new apartments have been built directly on top of it. This leaves the space in operation while adding more people to the urban core (a strategy that's universally acknowledged as eco-friendly by architects and urban planners). Further, the apartment complex uses building lines, materials, and colors to seamlessly integrate into the building styles most common in the region.
3.6
Score
Popularity
Activity
Freshness
View Innovation Webinars