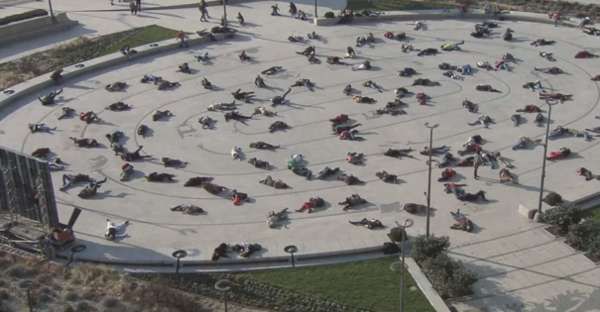 An unknowing target walked through an open square and a stranger approached and asked for directions. As the target began to speak, the stranger pretended to faint right at their feet. To the dismay of the target, everyone in the square also pretended to faint leaving the target shocked and confused. Then, a giant screen turned on and played a video of people all over the world fainting, including a basketball team and a radio station crew. After the video was done, one of the fainted people looked up and offered the target a Tic Tac. The target popped in a mint and all of a sudden everyone suddenly rose from the ground.

While flash mobs are becoming overused and taboo, this one managed to still hit the nail on the head because of its stellar execution.