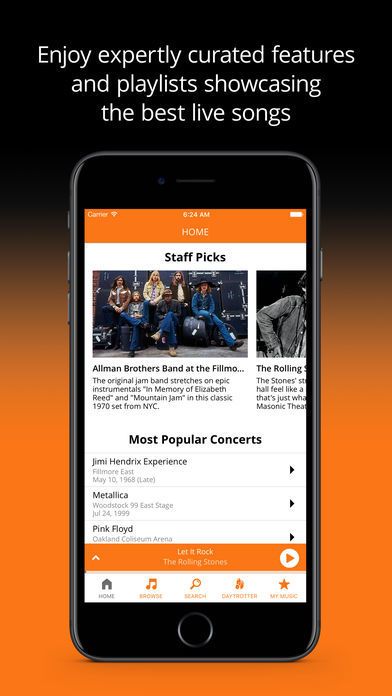 Claiming the title of "the world's largest collection of live recordings," the music app takes users to a concert-like setting, which they can access wherever they go. In addition, Wolfgang's Music can show users exactly what a musician sounded like at their peak, making for a nostalgic listening experience that highlights some of their greatest moments.

Similarly to other music apps on the market, Wolfgang's Music allows users to curate playlists of their favorite performances, and offers recommendations so that they can discover new artists as they use it.
1.2
Score
Popularity
Activity
Freshness
Get Trend Hunter Dashboard