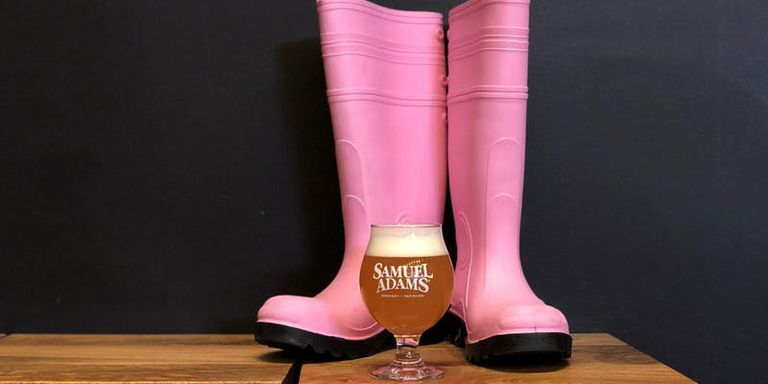 The 'When There are Nine' Beer Honors Ruth Bader Ginsburg

Katherine Pendrill — March 28, 2019 — Lifestyle
References: eventbrite & delish
Sam Adams is celebrating the ongoing legacy of Associate Justice of the Supreme Court Ruth Bader Ginsburg (RBG) with a new beer called 'When There Are Nine.' Given that the new beer honors one of the most influential women to ever grace the bench, the beer was appropriately brewed on International Women's Day.

The new RBG-inspired beer is Belgian Bruit IPA called When There Are Nine, which is a reference to the answer RBG gave when asked when there will be enough women on the Supreme Court. The beer will be served at a special event at the brand's Boston brewery, alongside four dumplings from the local restaurant Mei Mei. As part of the ticket price for the event, a donation will be made to the Pink Boots Society, which supports female professionals in the beer industry.