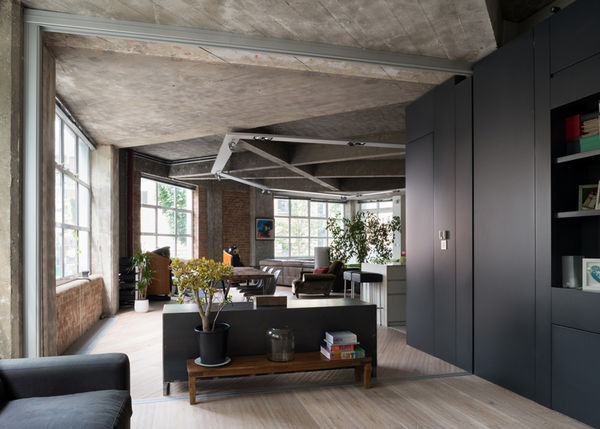 The architects decided to go for an "undone" feel, choosing to leave the concrete ceiling beams and columns exposed. They explain, "Work began by stripping the old apartment back to its basic shell and exposing the dramatic geometry of the concrete beams." Several different spaces were interjected into the hollow shell, including a TV room, two bedrooms and a utility room. To contrast the rough exterior of the exposed structural beams, the units were divided by smooth, finished surfaces.

The kitchen features a floating island that was installed for the purpose of encouraging interaction between the living and dining spaces. In the living area, a light fixture made out of strips of aluminum hangs suspended.