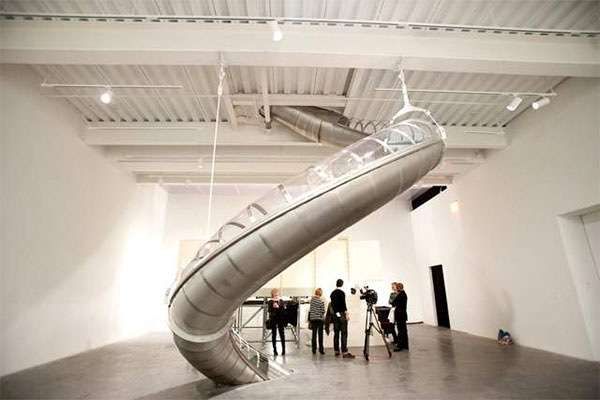 Belgian artist Carsten Höller from Brussels has a knack for designing slides, for his similar work had been exhibited in museums such as the London's Tate Modern previously. This time, Carsten did it again with his latest installation of a three-story tall, 102-ft long, giant, plastic spiraling structure for the New Museum in the Big Apple.

The slide serves as "an alternative transportation system" within the New Museum. It cuts through the floors, running from the fourth floor down to the second floor of the building. The Carsten Höller slide for New Museum sure reminds me of the Jack and the Beanstalk fairy tale where a giant beanstalk rises from the ground.
3.7
Score
Popularity
Activity
Freshness
Get Trend Hunter Dashboard

Hybrid Children's Furniture
The Casaurus by Koichiro Hoshino is Multifunctional