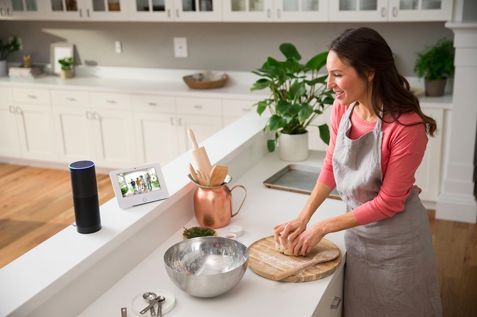 Joey Haar — May 12, 2017 — Tech
References: voicelabs.co & arstechnica
Share on Facebook Share on Twitter Share on LinkedIn Share on Pinterest
As digital assistants like Amazon's Alexa, Apple's Siri, and Google's Assistant become more deeply embedded in people's daily lives, those quasi-relationships represent a potential area for reaching consumers, and that's exactly the logic behind a company called VoiceLabs' newest project. VoiceLabs has recently announced what it calls Sponsored Messages: short advertisements that will automatically play at the beginning or end of Amazon Alexa conversations.

Sponsored Messages have the potential to draw in consumers because they can be finely tailored and quickly acted upon. For instance, a health foods company could place a message at the end of all conversations involving a workout skill, and users would be able to purchase that company's foods directly through Alexa immediately after hearing the ad.

VoiceLabs' ads will be 6 - 15 seconds long, and they will be finely tuned to ensure that consumers don't experience fatigue by hearing too many ads too often.
2.8
Score
Popularity
Activity
Freshness
Attend Future Festival