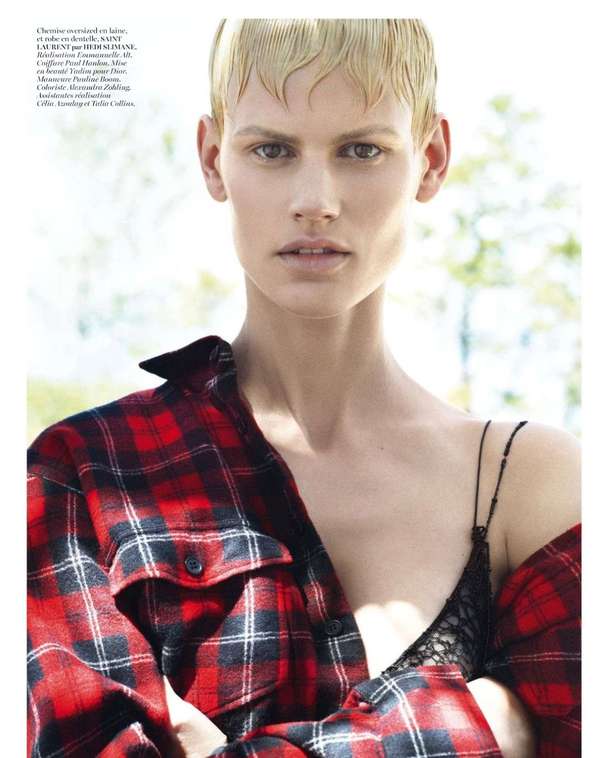 The style of grunge became incredibly popular in the 90s, and cable knits, plaid and denim were all staple features of the sub culture. This editorial focuses on the most popular looks of the decade that have been modernized.

The model's have been put in many different styles and textures of clothing. The most interesting facet of the shoot is that even though they are in oversized, tough-looking clothes, there is a distinct femininity throughout the spread. Certain features of the editorial allude to a feminine mystique, whether it be through the addition of dresses and frills, or the fresh faced look of the models.

The Vogue Paris September 2013 editorial showed that it is possible to be a tough grunge chick, all the while maintaining one's femininity.
6.4
Score
Popularity
Activity
Freshness
View Innovation Webinars