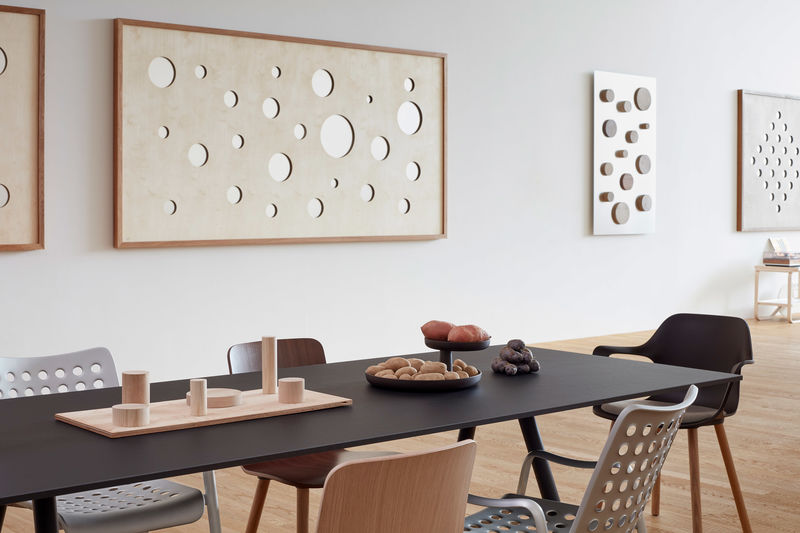 Jasper Morrison Designed a VitraHaus Home for a Fictional Inhabitant

Joey Haar — January 16, 2017 — Art & Design
References: jaspermorrison & dezeen
Share on Facebook Share on Twitter Share on LinkedIn Share on Pinterest
In an interesting combination of design and art, Jasper Morrison, the British designer, decorated a VitraHouse home for an inhabitant that doesn't exist. The VitraHouse is a Herzog & de Meuron building, and it is one of many that make up the Vitra campus in Weil am Rhein, Germany.

Morrison's VitraHaus home is on the first level of the VitraHaus. The richly decorated rooms cover about 150 square meters in all, and they are filled with both Morrison's own products as well as the products of other designers.

In order to build up inspiration for the project, Morrison invented a fictional inhabitant of the house. His name is Allard Pierson, and he is "an abstract artist who doesn't exhibit his sculptures because nobody's interested in abstract art anymore, so he lives at home with them and occasionally invites people to dinner, to show them his new work," according to Morrison.
6
Score
Popularity
Activity
Freshness
Access Advisory Services