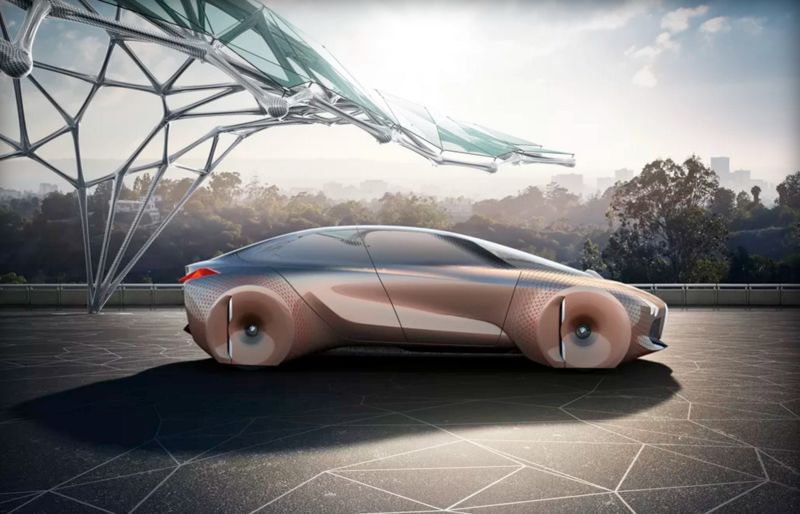 The BMW Vision Next 100 Boasts a Futuristic Windshield

Meghan Young — March 8, 2016 — Autos
References: bmw & theverge
Share on Facebook Share on Twitter Share on LinkedIn Share on Pinterest
BMW might be set on celebrating its past 100 years, yet it is doing so by looking at the next 100 years with its Vision Next 100 concept car. This beauty of a vehicle takes on the self-driving technology in its own unique way. It converts its entire windshield into an augmented reality display, making the need for a more traditional dashboard obsolete.

Additionally, the Vision Next 100 concept car doesn't take sides when it comes to the self-driving debate. Instead, it features a "Boost" mode when the driver takes over and an "Ease" mode to allow the car to take over. The Verge writes, "The most insane idea in the car, though, might be the ominously named 'Companion.' BMW describes the Companion as a gemstone-like object that 'symbolizes the intelligence, connectivity and availability' of the car that learns about the owner over time and can eventually 'perform routine tasks' and 'offer advice.'"
3.9
Score
Popularity
Activity
Freshness
View Innovation Webinars