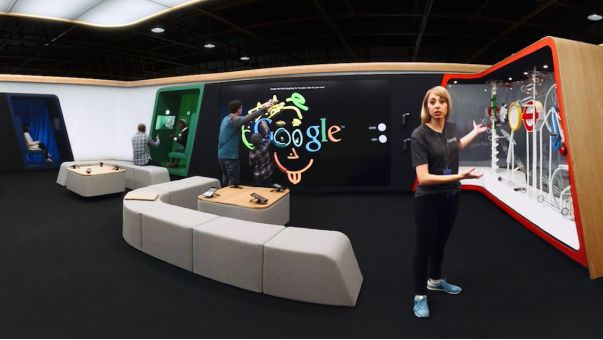 Laura McQuarrie — March 18, 2015 — Tech
References: play.google & androidpolice
In order to mark the opening of the first branded Google store in the world, the tech giant set up a virtual shop for those who can't make it to the real thing at Currys PC World in London. The virtual Google store can be experienced through a virtual reality tour and a pair of Google Cardboard glasses, where a Google associate will give a five-minute guided tour of the retail space.

The Google Shop at Currys VR Tour showcases interactive walls, but it's mostly a teaser for the shop, since none of the cool tech can be experienced through virtual reality. However, if you're curious as to how a Google retail space looks in comparison to one by Apple, this gives you a great look without having to travel to London.
6.2
Score
Popularity
Activity
Freshness