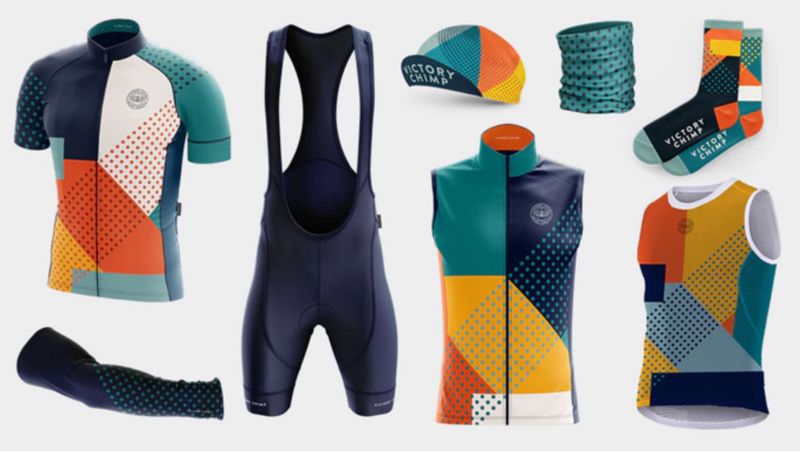 Joey Haar — June 12, 2018 — Lifestyle
References: victorychimp.cc & kickstarter
Share on Facebook Share on Twitter Share on LinkedIn Share on Pinterest
Cycling design and apparel company Victory Chimp has its first ever full performance kit collection, and the playful kit looks to be a hit in terms of both aesthetics and functionality. Featuring two styles and four colorways, the Victory Chimp kit collection is at once cheekily designed while also staying dead serious about performance.

The kit comes in two styles, each of which has two colorways: Ogham and Stampen. Ogham pays testament to Victory Chimp's Irish roots, as the ogham is an early Irish alphabet found on standing stones, while Stampen is a nod to Belgian cycling passion as the word translates from Flemish as "Pedal!" Both styles include a jersey, bib shorts, a gilet, arm warmers, a base layer, a cap, a buff, and a pair of socks.

On top of the style, the pieces in the kit are extremely functional, with the added benefit of Victory Chimp's patented 'Banana Positioning Technology' to keep the fruit secure in one's back pocket during rides.
4.3
Score
Popularity
Activity
Freshness
Attend Future Festival