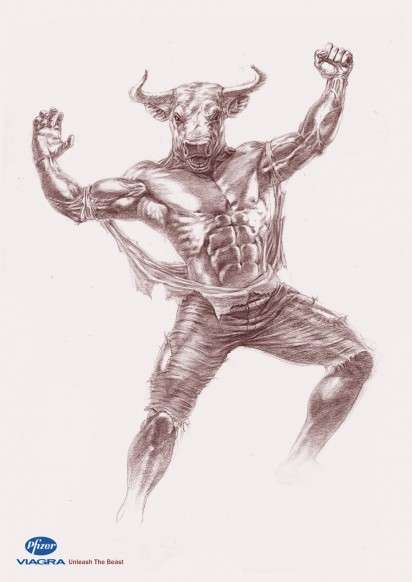 The Viagra Unleash the Beast Campaign is Raw and Testosterone-Filled

Meghan Young — December 6, 2011 — Marketing
References: adcckenya & ibelieveinadv
Share on Facebook Share on Twitter Share on LinkedIn Share on Pinterest
The Pfizer Viagra Unleash the Beast ad campaign would have all men tap into their inner animalistic nature for optimal arousal. The print ads focus on such ferocious and masculine animals as bulls, lions and horses, showing just what kind of man Viagara will turn them into.