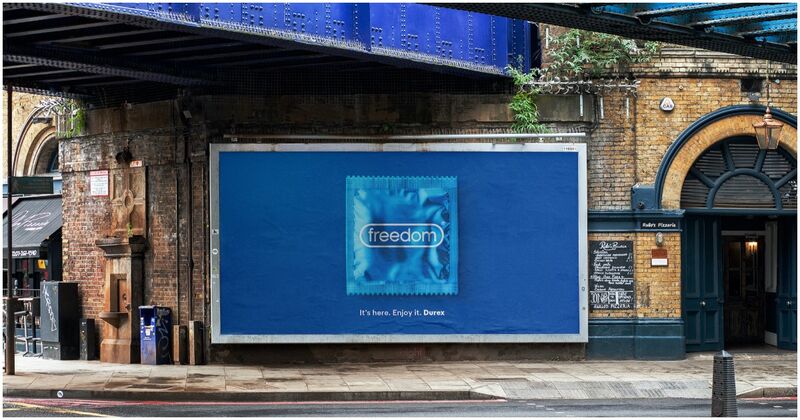 The Durex 'Freedom' Campaign Welcomes a Return to Normality

Niko Pajkovic — July 29, 2021 — Marketing
References: durex & thedrum
Share on Facebook Share on Twitter Share on LinkedIn Share on Pinterest
The Durex 'Freedom' campaign celebrates the loosening of global lockdowns by promoting safe sex. The campaign consists of large, tactile billboards located throughout London that poke fun at the passing of 'Freedom Day' – an Internet-created title for July 19th, the day COVID-19 restrictions were lifted throughout the UK.

Each billboard presents an image of a classic Durex condom with the word "freedom" superimposed on top of it. Underneath the condom, a slogan reads "It's here. Enjoy it." Created by ad firm Havas London, the billboard is being celebrated for its bold and timely message. "Durex is perfectly placed to allow people to have satisfying sex now that restrictions have been lifted," said Lindsay Forbes, Durex's Marketing Manager.

Durex's campaign, which calls for both sexual liberation and sexual safety, will run for the following week.