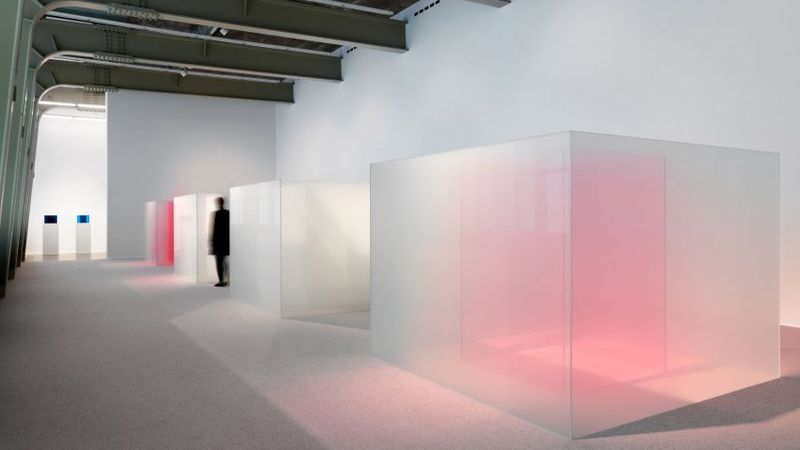 Amy Duong — February 15, 2018 — Art & Design
References: dezeen
Share on Facebook Share on Twitter Share on LinkedIn Share on Pinterest
American artist Larry Bell crafts the Venice Fog installation, a series of boxes out of both colored and translucent glass. The set is meant to imitate the visuals of the morning fog that comes in from the Californian coast. The cubes are semi-transparent or have a soft-hue, and each one features a larger encasing by four glass laminated panels. It does not have a top layer or a bottom, and smaller cubes sit inside. The color palette is also influenced by the fog that covers over Venice, California, where Bell's studio is location since the 60s.

The larger glasses are meant to resemble Bell's understanding of luminosity made by the dispersion of water within the fog. The Venice Fog pieces sit at 6 ft tall and the outer color of the glass is called 'True Sea Salt.' The inner cube colors are entitled 'Blush,' 'Hibiscus,' 'True Fog,; and 'Optimum White.' A smaller set from the Venice Fog installation features four smaller cubes about 40cm by 30cm. It has smaller boxes within and crafted in the colors black, 'french blue,''lapis,' 'zinc,' 'cornflower blue' and ' true blizzard glass.'