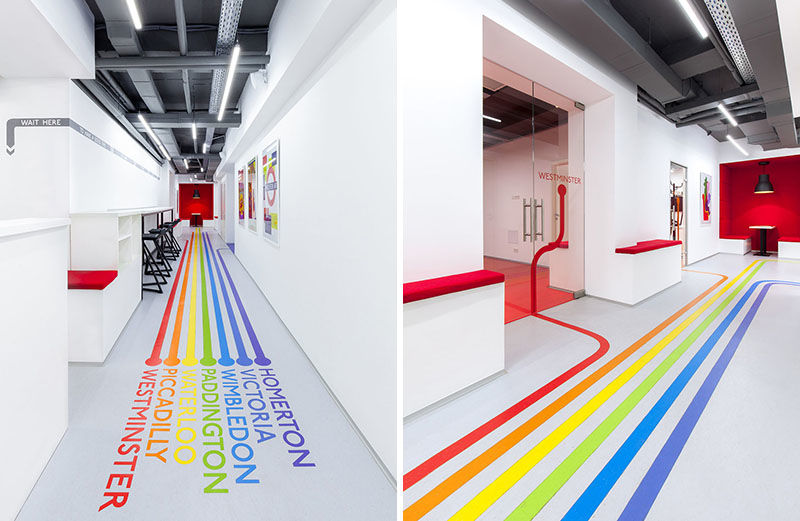 Underhub by Emil Dervish is Modelled After the London Underground

Meghan Young — April 18, 2016 — Art & Design
References: underhub.ua & contemporist
Share on Facebook Share on Twitter Share on LinkedIn Share on Pinterest
Underhub by Emil Dervish, an architect based in Kiev, Ukraine, wanted to bring a bit of a London flair to his hometown. He was heavily influenced by the London Underground when tackling the interior design of this language school. Although very white and stark in comparison to the rich history of the subway system, it does boast bold colorful lines to lead students to their proper classrooms.

A playful design, each room in the Underhub by Emil Dervish is named after a famous stop such as Westminster, Piccadilly and Paddington. Once a classroom is found, the line leading to it dictates the color of the space itself. There are also common rooms along the way to better provide students with a well-rounded experience throughout their days learning, whether for studying or relaxing.
5.9
Score
Popularity
Activity
Freshness
View Innovation Webinars