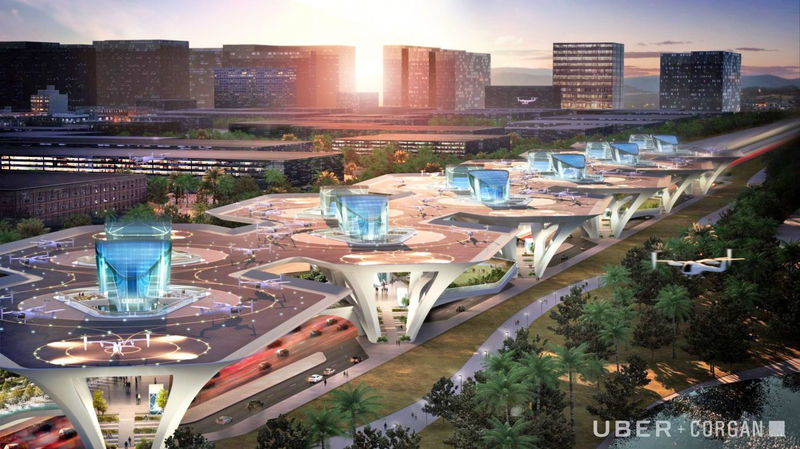 Justin Lam — May 14, 2018 — Autos
References: theverge & engadget
Share on Facebook Share on Twitter Share on LinkedIn Share on Pinterest
Uber's aerial taxi service still plans to launch in 2023 and the rideshare company has now officially announced where these flights will launch and land with its Uber Skyport concept. Announced during the second day of Uber's Elevate Summit 2018, these concept air taxi ports are a main focus for the company as it begins to expand into the sky. The concepts are still in early developmental stages, but Uber already has plans to support 4,000 passengers per hour, per Uber Skyport.

The concept designs and initial blueprints shown at the summit came from Corgan, an architecture firm with a focus on "transforming urban air mobility." Corgan hopes to do this by leveraging its 'Connect' infrastructure, which will enable 1,000 Uber eVTOLs each hour. While the Crogan designs were the first shown, Uber is also working with other firms to design multiple Uber Skyport concepts.
6.6
Score
Popularity
Activity
Freshness
Attend Future Festival