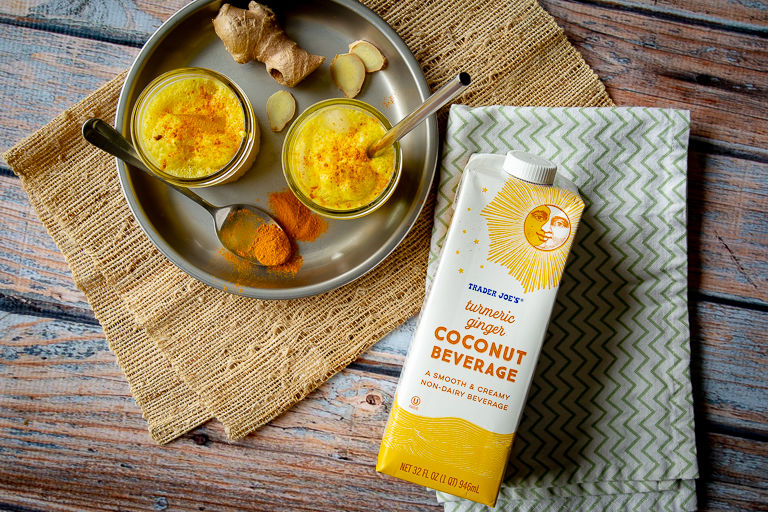 Laura McQuarrie — July 12, 2019 — Lifestyle
References: traderjoes
Share on Facebook Share on Twitter Share on LinkedIn Share on Pinterest
Trader Joe’s Turmeric Ginger Coconut Beverage takes inspiration from the classic golden milk recipe, which has been consumed for thousands of years and has been a staple of Ayurvedic practices. Powered by anti-inflammatory turmeric, the drink offers a modern take on a classic drink with a creamy, non-dairy base.

This versatile, ready-to-drink version of golden milk can be enjoyed hot or cold and even has the potential to be used as a substitute for milk in lattes. The Turmeric Ginger Coconut Beverage boasts a unique mix of ingredients, including honey, ginger juice, cinnamon and black pepper, as well as turmeric powder, which is responsible for giving the drink its unmistakable yellow hue.

As well as being able to enjoy the product on its own or in different beverages, consumers may also prepare healthy chia seed pudding snacks with the alternative milk base.
5.8
Score
Popularity
Activity
Freshness
Access Advisory Services