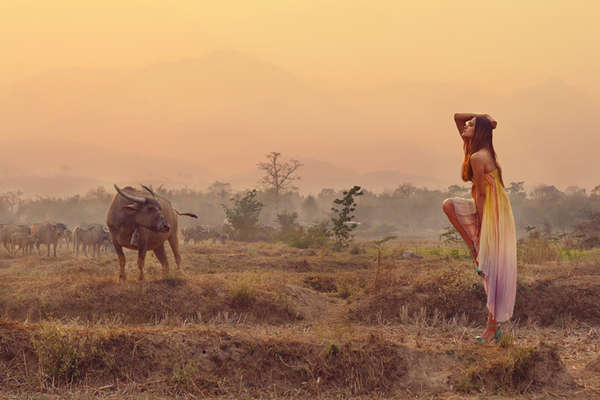 Meghan Young — January 17, 2013 — Naughty
References: photodom & behance.net
The Tropicana Unity photo series focuses on beautiful creatures. Captured in an exotic location and surrounded by equally exotic animals, model Yana Vilkina holds her own against the awesome sights that would normally eclipse all else. It helps that she interacts with the animals, getting on the back of an elephant and embracing a clutch of chicks.

Lensed by photographer Andrey Yakovlev, the Tropicana Unity photo series features bohemian-like fashion that complement the scenes perfectly. At times, the brunette beauty even strips down to her birthday suit to better accentuate the nature-inspired photoshoot.

The Tropicana Unity photo series was art directed by Lili Aleeva, who also did the makeup and hair. She mainly focused on giving Vilkina loose tousled waves and a natural face to make her appear more innocent and wild.
4.7
Score
Popularity
Activity
Freshness