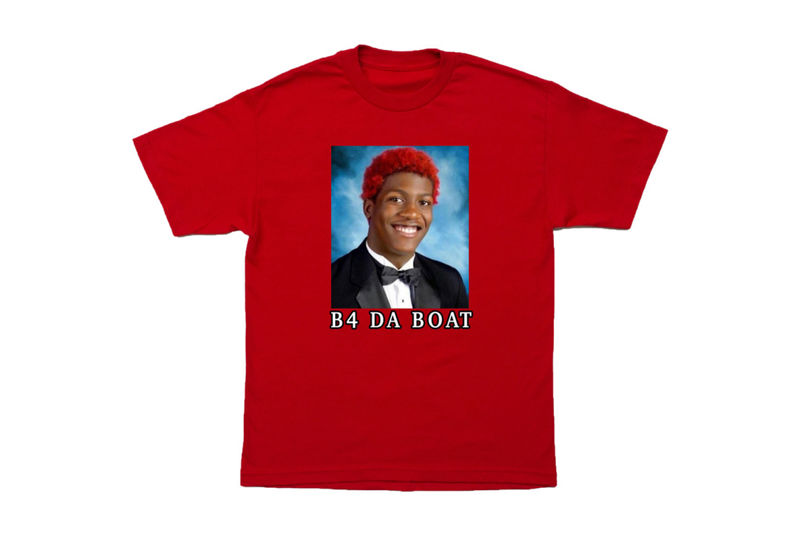 Riley von Niessen — August 24, 2016 — Pop Culture
References: lilyachty & hypebeast
Share on Facebook Share on Twitter Share on LinkedIn Share on Pinterest
It wasn't long ago that Lil Yachty released a collection of tour merchandise to commemorate his 'Lil Boat' album. Now, the Atlanta rapper is celebrating the time 'B4 DA BOAT,' with a selection of t-shirts that include his portrait from school picture day.

The new release comes along with Lil Yachy's 'Birthday Mix' as well, which was named in tribute of his 19th year of life. In order to announce the mix, the rapper took to Twitter to tell his fans about his birthday and offer them a Soundcloud link.

The B4 DA BOAT shirts are available in red, yellow, blue and black, which along with his Lil Boat tour merchandise, can be found for affordable prices on his website.
2.3
Score
Popularity
Activity
Freshness
Access Advisory Services