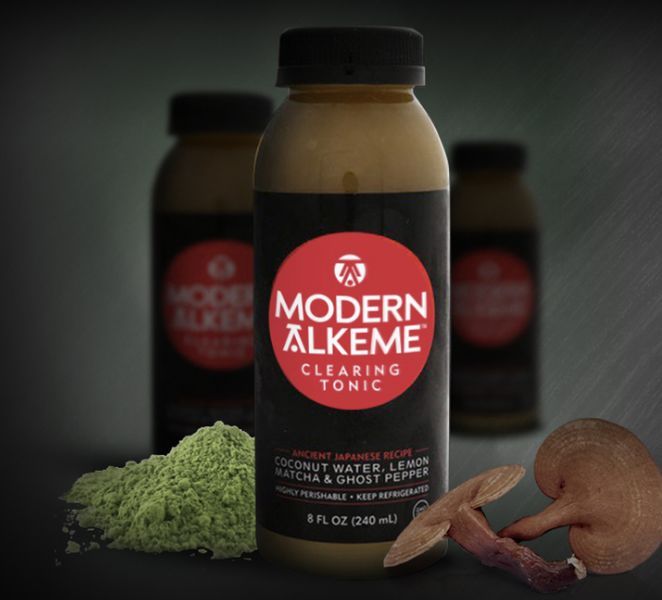 Ingredients in this beverage like coconut cider vinegar, Japanese honey, high-quality matcha green tea, ginger and coconut water are divided into four groups that include Gatherers, Accelerators, Eliminators and Rehydrators. Modern Alkeme recommends consuming two of the bottles for three days alongside a healthy diet and plenty of water for a fresh start, or as part of a daily routine for the upkeep of good health.

Modern Alkeme was co-founded by Real Housewives of New York City cast member Jules Wainstein, who drew upon her heritage to create a modern tonic for health from an ancient Japanese recipe. These detox drinks are sold online, as well as through Whole Foods locations.
4.6
Score
Popularity
Activity
Freshness
Get the 2023 Trend Report FREE