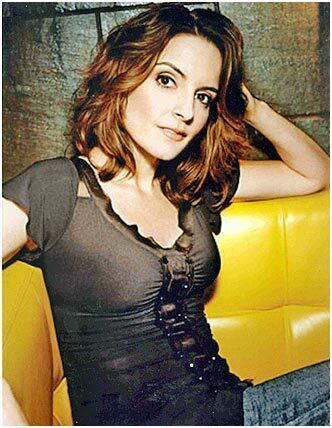 Tina Fey on How The Sarah Palin Spoofs Reinvented Her Career

How is that possible?  Well, the spoofs have been so entertaining - and realistic - that Tina Fey has become the top search item almost every week… If people once had Palin Fever, now they’ve caught Tina FeyVer as well.  More importantly, the impressions don’t make Sarah Palin appear to be an educated politician.  Tina Fey’s quote, “I can see Russia from my house,” will no doubt be echoing in the minds of voters as we approach next week’s election.

However, did you know that Tina Fey thought her Sarah Palin impressions would suck?  Despite the fact she had the look, she “was really resistant at first”.  In an interview with TODAY’s Matt Lauer, Tina Fey noted, “One, I was not an impressionist… I thought, ‘Oh, I’ll go on and people will say, ‘That stunk.’” Quite simply, that didn’t happen.

The Tina Fey Sarah Palin impressions injected new life into SNL.  Every Thursday and Saturday evening, the SNL skits are driving people to the web to find the latest Tina Fey as Sarah Palin videos on YouTube and NBC Universal’s website.  The show is achieving record ratings.

The character has also injected new life into the starlet’s career.  30 Rock was already critically acclaimed, but this new stardom is projected to draw a new fanbase to the show.  Plus, Tina Fey is appearing on almost every talk show, from Regis to the Today Show.

The skit is also changing her fan base.  She noted, “It’s definitely been different just walking around… People are like: ‘Sarah Palin!’ And people who think they’re really slick, they’ll be like, ‘Sarah Palin — Tina Fey-lin!’”

30 Rock, now in its third season, locked down SEVEN Emmy’s including a Best Actress award for Tina Fey.  Regarding the success, she noted, “To make ‘30 Rock,’ it’s everybody working very hard like mice on a wheel all the time. So when we got to go to the Emmys it was a nice little treat — to come out into the sunlight and go to a party. It was great.”

MSNBC puts it best when they noted that Tina Fey as Sarah Palin is ‘just icing on the cake’.
5.6
Score
Popularity
Activity
Freshness
Get Better and Faster