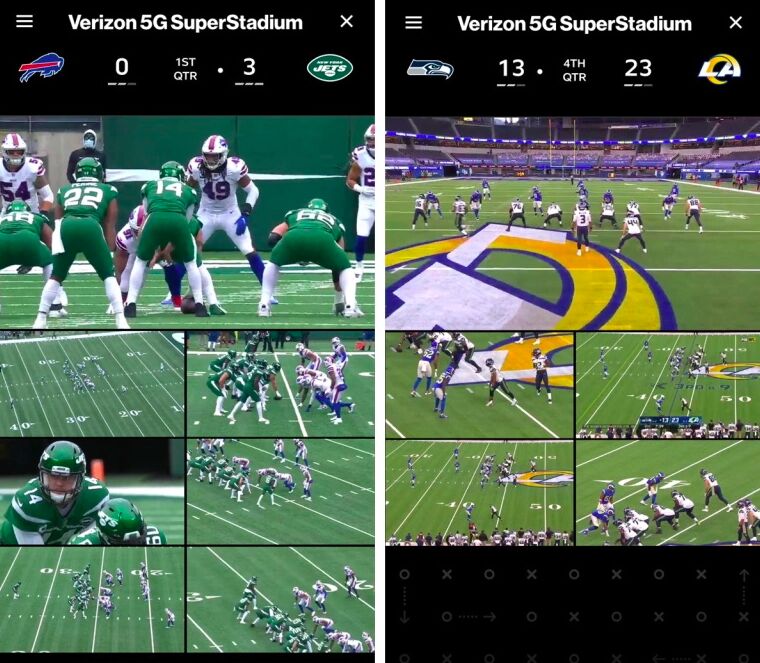 Ellen Smith — February 5, 2021 — Tech
References: verizon & pcmag
Share on Facebook Share on Twitter Share on LinkedIn Share on Pinterest
The Super Bowl's 5G network has been implemented to offer better streaming quality for the millions tuning in. This year's Big Game sees more people watching from home, and less people viewing from the stands, prompting organizers to innovate the ways in which they provide the game to the public.

To ensure maximum quality, the Raymond James Stadium in Tampa has been outfitted with an ultra-high-capacity 5G UWB system, alongside seven, 720p cameras to showcase the game from different angles. Those with Verizon can use the app to stream all seven cameras at once, allowing for the game to be viewed unlike ever before.

With the implications of COVID-19 still felt throughout the globe, this 5G stadium update serves as one of the ways technology is adapting to suit changing consumer needs, while representing the future of sports viewing.