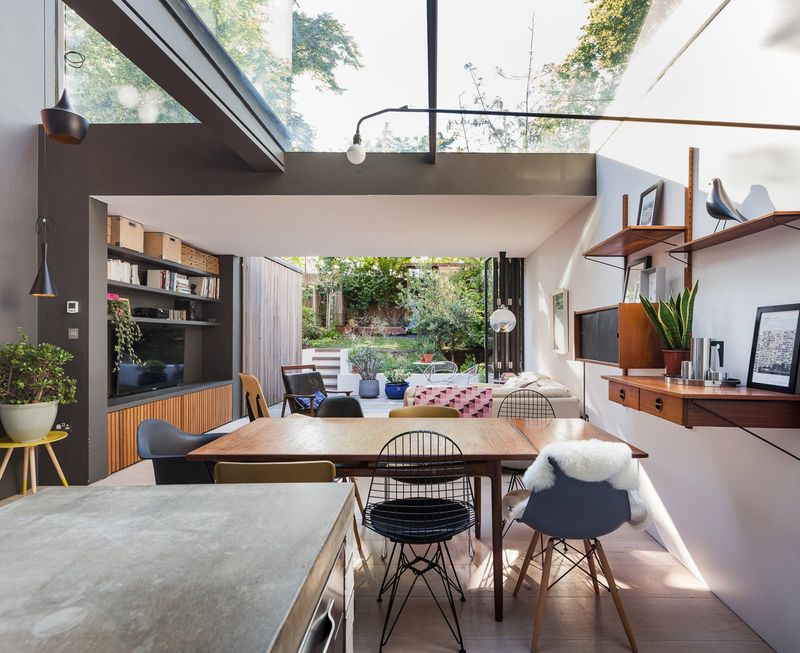 'The Study House' Was a Former University Building

Joey Haar — October 24, 2016 — Art & Design
References: studio30architects & dezeen
Share on Facebook Share on Twitter Share on LinkedIn Share on Pinterest
The Study House is a newly designed family home in London that is the result of an old tradition of academia. The building was formerly a part of Goldsmiths, University of London, until it was abandoned and fell into disrepair. Architect Henri Bredenkamp saw that dereliction as an opportunity, transforming the Victorian row house into a modern, airy abode.

Bredenkamp and his architecture firm, Studio 30 Architects, made some structural changes to the home while designing it, including an extension of the basement. Further, the team decided to tear down the compartmentalization on the inside of the building, opting to replace the many rooms with an open-concept kitchen and living area that gives way to the spacious garden in the rear.

Bredenkamp's own family occupies The Study House, and they chose to give it that name as a reference to its studious past -- and perhaps to encourage his young son to keep up with his homework.
6.5
Score
Popularity
Activity
Freshness
Jeremy Gutsche Keynote Speaker