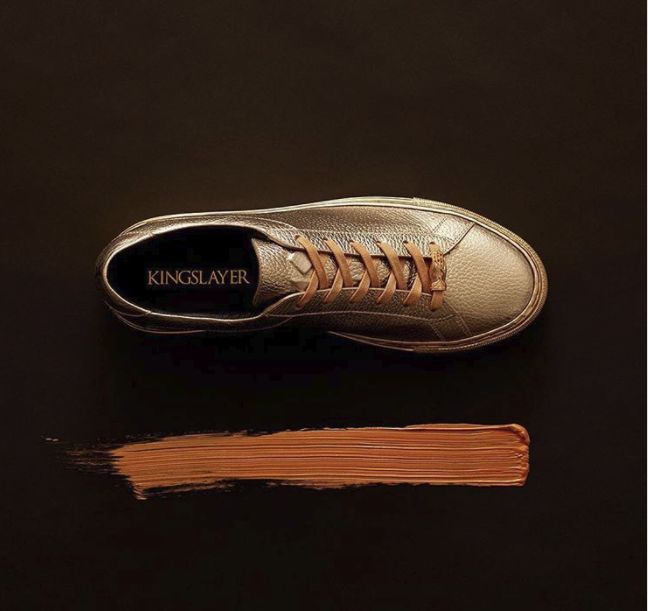 'The Kingslayer' Was Inspired by Game of Thrones

Mishal Omar — September 1, 2017 — Fashion
References: footwearnews & highsnobiety
The New York-based footwear designer KOIO has collaborated with HBO to create a pair of shoes inspired by the network's most popular series – Game of Thrones.

The sneaker is called The Kingslayer, named after Jaime Lannister who fans of the show will know, received the unwanted title after killing the 'Mad King' who he served. The upscale sneakers are made from handmade Italian leather and their upper is featured in a pale gold, while their sole is featured in a deeper gold. Though the shoes are minimalist in design, they offer small embellishments in the form of a golden hand and the Lannister house sigil.

These shoes were not made for sale, and instead can be won through a social media contest that HBO and KOIO are heading up that coincides with the hashtag #RepTheRealm.
7.1
Score
Popularity
Activity
Freshness