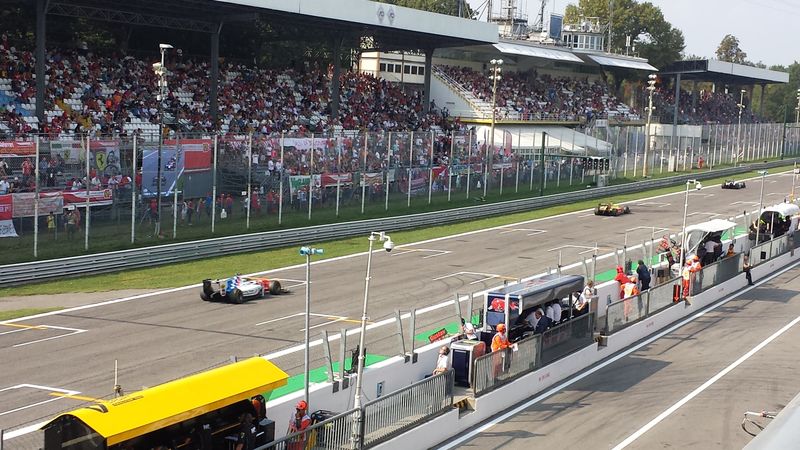 How Heineken Used a Racing Event as a 'Celebration of Moderation'

Erica Francis — September 12, 2016 — Autos
References: formula1 & theheinekencompany
Share on Facebook Share on Twitter Share on LinkedIn Share on Pinterest
It was a crazy whirl-wind Labour Day weekend for me as I was whisked away for the 'Heineken F1' experience at the Italian Grand Prix. After an overnight flight, I landed in Milan Friday afternoon and the festivities started right away. Within 20 minutes of my arrival at the Hotel, Heineken taxied me over to the F1 Paddock Club in Monza, Italy to meet with the other press reps who would be joining me. As I walked into the Heineken Lounge, I was amazed by the hospitality and the clear presence of the brand across the race track and within the F1 Paddock Club itself.

That night, Heineken officially launched into its new global partnership with Formula 1 (F1) with the premiere of two strikingly different campaigns: ‘When You Drive, Never Drink’ and ‘More Than a Race.’ As we sat in the lounge, the anticipation was tangible as two popular former British Formula 1 drivers, David Coulthard and Sir Jackie Stewart, were introduced to us.

The ‘More Than a Race’ commercial featured David Coulthard presenting Formula 1 as an all-encompassing sensory experience that was more than cars racing around a track. Heineken made that experiential component evident throughout my stay. I didn’t just see the races, but I also got to experience everything else that came with it -- from the F1 Paddock Club, to the amazing Heineken Lounge, to the fan frenzy, and even into the pits themselves to see the cars being worked on first-hand.

Though the ‘More Than a Race’ campaign is Heineken’s overarching efforts directed towards Formula 1 events, the second campaign ‘When You Drive, Never Drink’ was the most evident in Italy. The commercial, featuring Sir Jackie Stewart, is unconventional as the audience sees the legendary driver rejecting Heineken throughout his life. The concept might sound counter-intuitive at first, but when you take a step back you can clearly see how Heineken advocates responsible consumption of alcohol.

My conversation with Gianluca Di Tondo, Senior Director Global Heineken® Brand at HEINEKEN summed up the company’s intention behind the partnership. According to him, Formula 1 is still largely untapped from a mass market point of view. By partnering with F1, it gives Heineken “the credibility and authority” to make its “'Enjoy Heineken Responsibly' program bigger and better.”

Heineken continually proved to me, throughout my whole experience with them in Italy, that responsible consumption was at the forefront of its brand. The campaign was even visible outside the circuit with billboards, signs and taxis plastered with the words ‘When You Drive, Never Drink.’ In line with this campaign, Heineken also offered courtesy cars to anyone who needed it at its official after-party that had the slogan 'Let us Take You Home.'

I have always enjoyed Heineken, but my experience with the company in Italy has made me an even bigger fan of the brand. Considering I was someone who never followed racing, I had the time of my life being immersed into the Heineken F1 event and I learned to appreciate and understand what Formula 1 is all about. On top of all of that, I now know that when I drink Heineken, I support an alcohol brand who puts its consumers first -- something I fully appreciate.
4.6
Score
Popularity
Activity
Freshness
Jeremy Gutsche Keynote Speaker