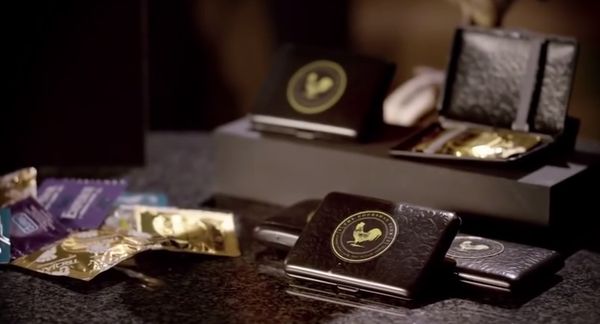 The Cocksman Club is a Discreet Monthly Condom Delivery Service

Laura McQuarrie — March 13, 2014 — Naughty
References: thecocksmanclub & brandingmagazine
Share on Facebook Share on Twitter Share on LinkedIn Share on Pinterest
The Cocksman Club is a new condom delivery service, designed to take the awkwardness out of purchasing prophylactics from a physical store. Instead, the club is like a subscription service that provides people with Durex, Trojan and LifeStyles condoms on a monthly basis. After a three month membership period, subscribers will also receive a special Cocksman Club condom box.

The mission of the The Cocksman Club is to "spread safe sex, rampantly" and this male-targeted subscription service may do just that. There are several subscription packages for guys to choose from, including "The Player," starting at $5 monthly, "The All-Star" and "The Legend," which all vary in price and the number of contraceptives included per month.

The new venture has only been around for just under a month and currently, the service is only available in the United States.
0.5
Score
Popularity
Activity
Freshness
Get Better and Faster