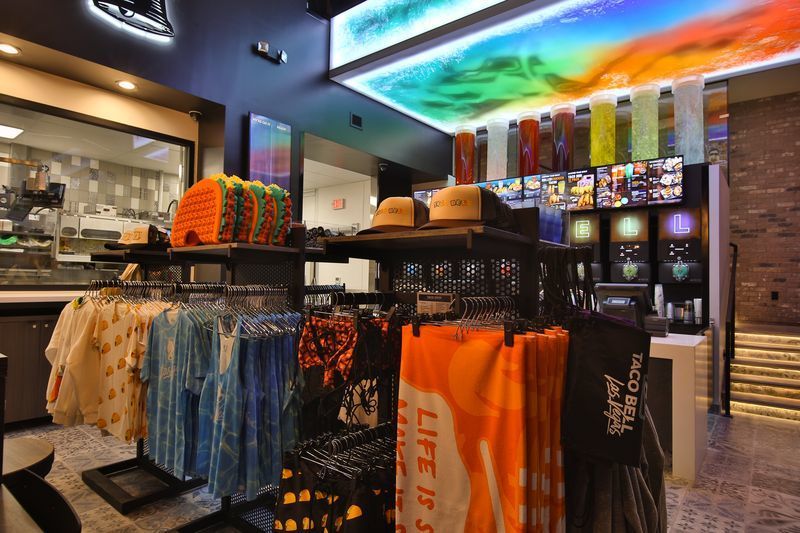 The 'Taco Bell Taco Shop' Offers Merchandise from the QSR

Joey Haar — November 14, 2016 — Fashion
References: tacobelltacoshop & eater
Share on Facebook Share on Twitter Share on LinkedIn Share on Pinterest
Rather than focusing on food alone, Taco Bell is expanding its popular brand into the retail space with its new Taco Bell Taco Shop. In conjunction with the opening of its latest Cantina location in Las Vegas, the Taco Bell Taco Shop will sell branded merchandise including clothing, accessories and novelties.

The merchandise in the Taco Bell Taco Shop runs the gamut, but the unifying theme is one of cheekiness. For instance, the t-shirts include one covered in a taco print and another with a clever graphical representation of Taco Bell's slogan. Accessories include things like greeting cards, rings that spell out "Taco Bell" or "Live Mas," and towels that look like Taco Bell's iconic sauce packets. The Taco Bell Taco Shop also sells pure novelties, such as a giant foam hat shaped like a taco.
4.8
Score
Popularity
Activity
Freshness
Get Trend Hunter Dashboard