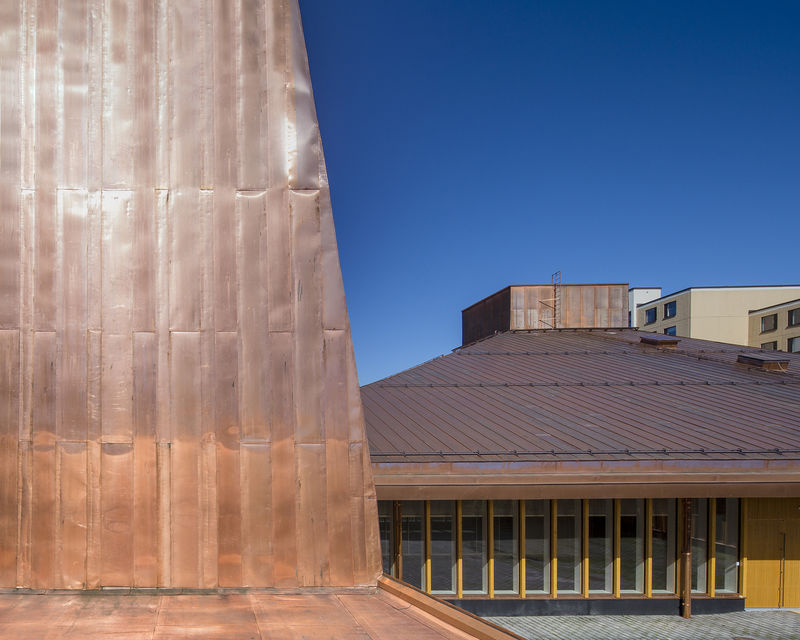 The Suvela Chapel is Located in Espoo, Finland

Joey Haar — January 9, 2017 — Art & Design
References: oopeaa & archdaily
Share on Facebook Share on Twitter Share on LinkedIn Share on Pinterest
The Suvela chapel is a newly built place of worship in Espoo, Finland, a suburb northwest of Helsinki. The distinctive building features an abstract, modernist shape, but its most striking feature is the facade itself, which is covered entirely in copper.

Though Suvela chapel is indeed a Christian building by denomination, the town of Espoo is one of the most multicultural in the entirety of Finland. Roughly one third of the population of Espoo is of foreign descent, with people observing a wide variety of religions. As such, Suvela chapel's design is meant to promote a rich variety of activities for any and all of the nearby residents.