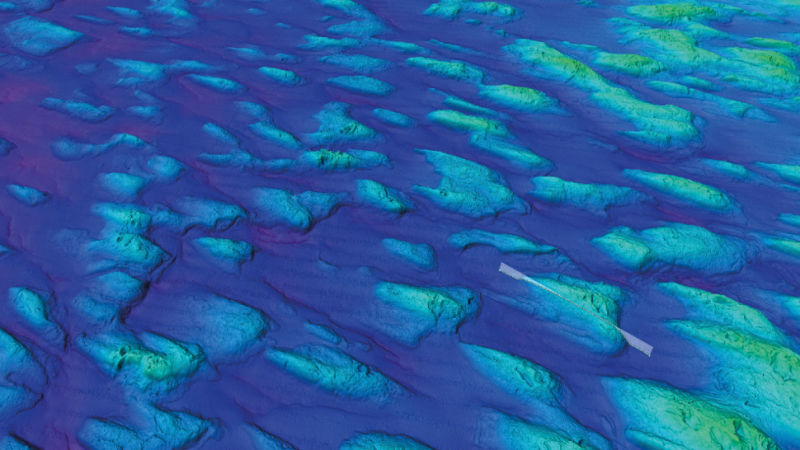 Joey Haar — April 28, 2017 — Tech
References: bas.ac.uk & gizmodo
Share on Facebook Share on Twitter Share on LinkedIn Share on Pinterest
Though undoubtedly a scientific treasure, the images from the 'Atlas of Submarine Glacial Landforms' would look as appropriate on a head shop wall as in a science journal. The newly published atlas charts the seafloors at both of the Earth's poles with tremendous, heretofore unseen detail, but its saturated, technicolor hues add a luster that even a layman can appreciate.

To be sure, the Atlas of Submarine Glacial Landforms is a triumph for science. It's findings come from collaboration between over 250 marine geologists from 75 different institutions in 20 countries around the world. The data in it was collected over the course of four years, and the key findings were presented at the European Geosciences Union General Assembly in Vienna. Still, one can hardly be faulted for itching to get the images as smartphone screen savers.

Though the atlas is intended for scientific use, it is available to the public for purchase as Memoir 46 of the Geological Society of London.
2.2
Score
Popularity
Activity
Freshness
Attend Future Festival