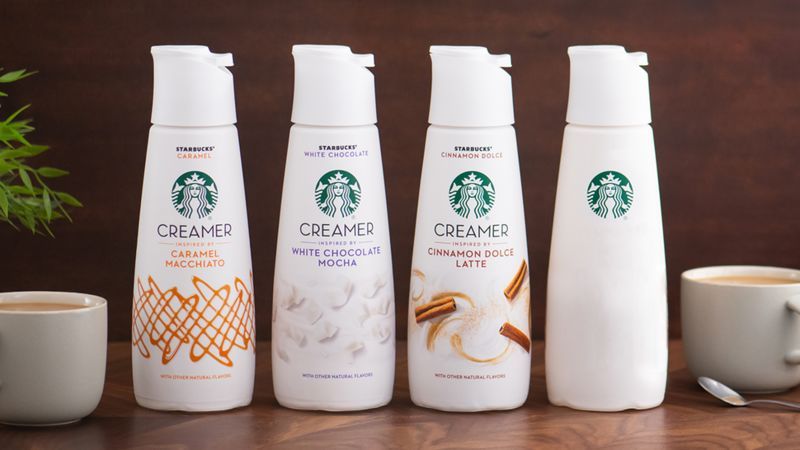 The Newest of Starbucks' Coffee Creamers Boasts a Surprise Flavor

Laura McQuarrie — December 5, 2019 — Lifestyle
References: starbucks & bustle
Share on Facebook Share on Twitter Share on LinkedIn Share on Pinterest
Earlier this year, a line of Starbucks coffee creamers that can be enjoyed at home made its debut and for the winter, Starbucks is introducing an all-new flavor and a Starbucks Creamer Mystery Flavor promotion along with it. For a limited time in December, fans are invited to guess the flavor of the new product for their chance to win a bottle of the creamer before it officially appears on shelves in 2020.

As Starbucks launched Caramel Creamer, White Chocolate Creamer and a Cinnamon Dolce Creamer earlier this year, fans can expect the mystery flavor to be something entirely new and different. However, based on the theme of the previously released products, the new mystery flavor will likely take inspiration from a classic Starbucks beverage.