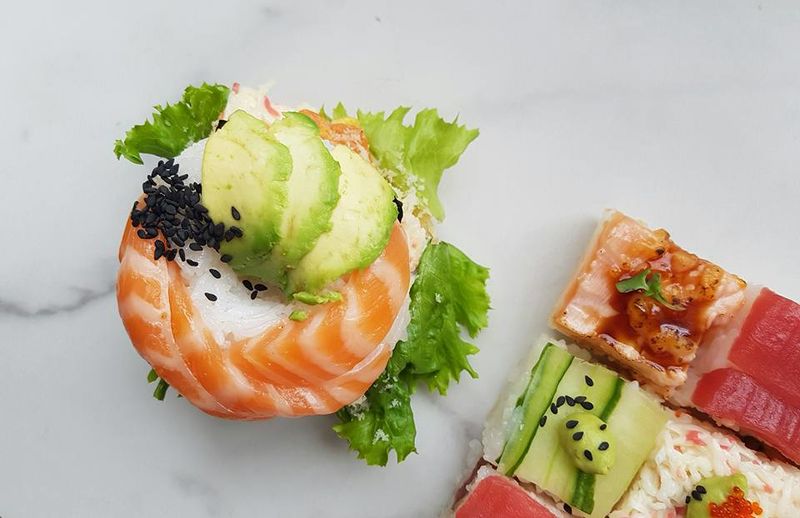 Unlike traditional sushi shops, Square Fish sells an eclectic menu of sushi cut into colorful square shapes. The squares come in traditional varieties such as tuna and salmon, as well as more unusual flavors such as beet and grilled cheese. The shop also serves up Donut Sushi, which is labeled as 'Doshi' on the menu. These donut-shaped creations consist of rice layered with seaweed, spicy mayo, veggies and other toppings. A less-messy alternative to the Doshi are the sushi burritos, which make for a satisfying on-the-go snack.
5.2
Score
Popularity
Activity
Freshness
Access Advisory Services