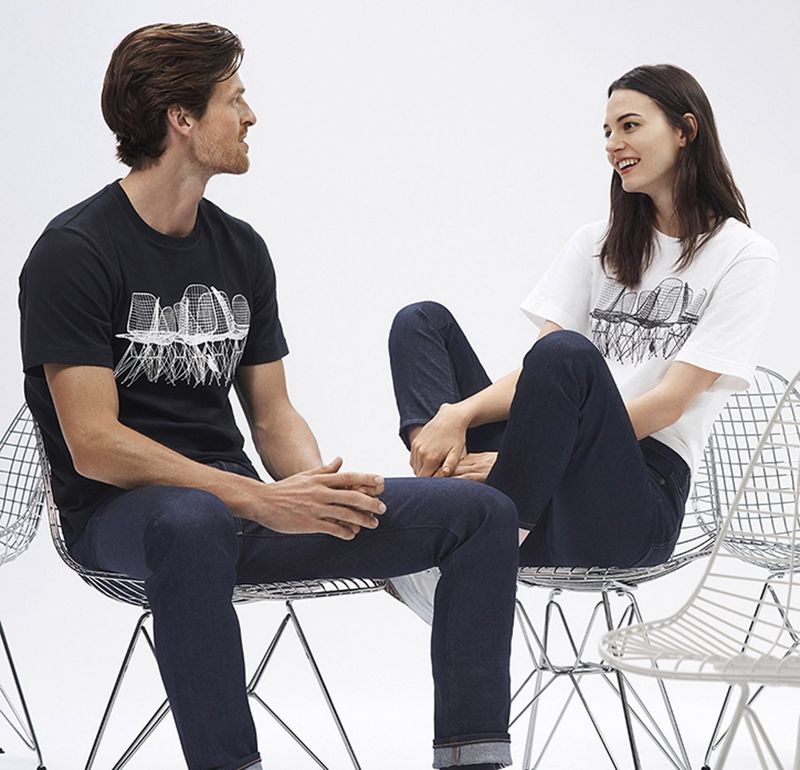 Joey Haar — October 2, 2017 — Art & Design
References: dezeen
Share on Facebook Share on Twitter Share on LinkedIn Share on Pinterest
Uniqlo, the Japanese clothing retailer that has been expanding its presence into North America, has recently unveiled a new series called the Sprz NY Eames collection in honor of two of the most celebrated American designers of all time. As the name suggests, the collection commemorates the influential work of Ray and Charles Eames, the designers behind instantly recognizable pieces like the Wire chair and the Eames lounger.

Even those who don't consider themselves to be design experts will be familiar with the brothers' work. They were instrumental in the formation of mid-century modern style, contributing in the form of patterns, furnishings, architecture, and even film.

Uniqlo's Sprz NY collection shows off the designers' work through printed images of the Wire chair on unisex t-shirts and slippers with Eames' patterns, to name a few of the many items in the series.
4.7
Score
Popularity
Activity
Freshness
Get the 2021 Trend Report FREE