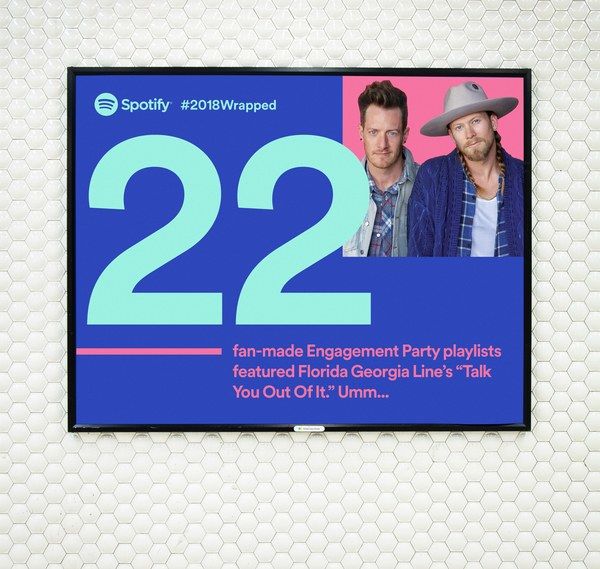 The campaign pulls data from all of its users, spotlighting the unexpected results, and twisting it into a hilarious summary of the year's events. Spotify's Global Creative Director, Alex Bodman, said that “This year, we’re treating it less like a campaign and more almost like an editorial platform, for us to come out with our totally distinctive voice and let people have a moment of celebration, laughter, and levity at the end of a long year.”

Some of the 350 ads are regionally specific, mentioning playlists surrounding the Royal Wedding, or the amount of streams that the song that the Indonesian President danced down the street to, in an effort to break a World Record. Others are more universal, making mention of playlists titled "songs to scream in the shower to."
6.4
Score
Popularity
Activity
Freshness
View Innovation Webinars