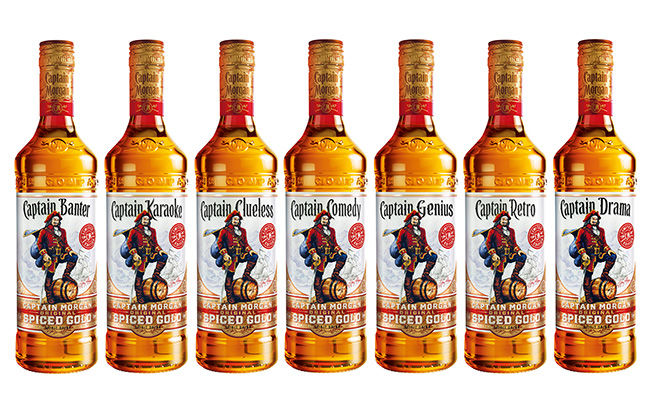 Laura McQuarrie — May 12, 2018 — Lifestyle
References: captainmorgan & thespiritsbusiness
Driven by the success of the one-off bottles it has offered in the past based on famous captains, Captain Morgan has been inspired to release a series of special-edition bottles featuring a new crew of captain characters.

The new personalities have been launched to acknowledge the different personalities within friendship groups. As Captain Morgan notes: Captain Comedy is said to be “the one we turn to for the latest fun viral videos,” while Captain Banter is the one who is “always ready with razor-sharp wit and perfect timing."
3.2
Score
Popularity
Activity
Freshness