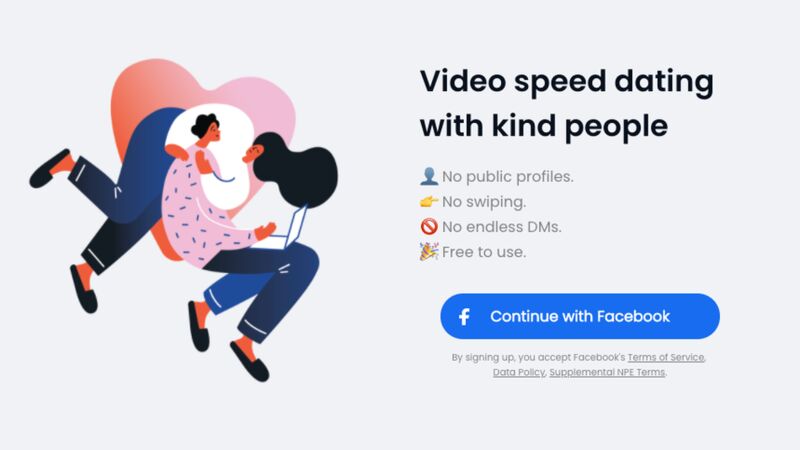 Josh Thompson-Persaud — April 14, 2021 — Marketing
References: sparkedapp & mashable
Share on Facebook Share on Twitter Share on LinkedIn Share on Pinterest
Capitalizing on the number of people staying home due to the pandemic, Facebook's New Product Experimentation (NPE) Team is hosting a closed release of a virtual dating service called the 'Sparked' app, where people are paired up on 4-minute speed dates. The app is designed to counter the back-and-forth monotony of traditional dating apps utilizing time-sensitive, direct video engagement with an overarching theme of kindness and humanization. The app also includes the possibility of a second, longer date if both users agree, after which those users can voluntarily exchange their contact information and further their relationship outside the app.

While 'Sparked' is still in a limited beta with no concrete release date, there is plenty of possibility for Facebook to break into the virtual dating market, following in the footsteps of dating apps like Hinge and Bumble who have also adopted video dating.