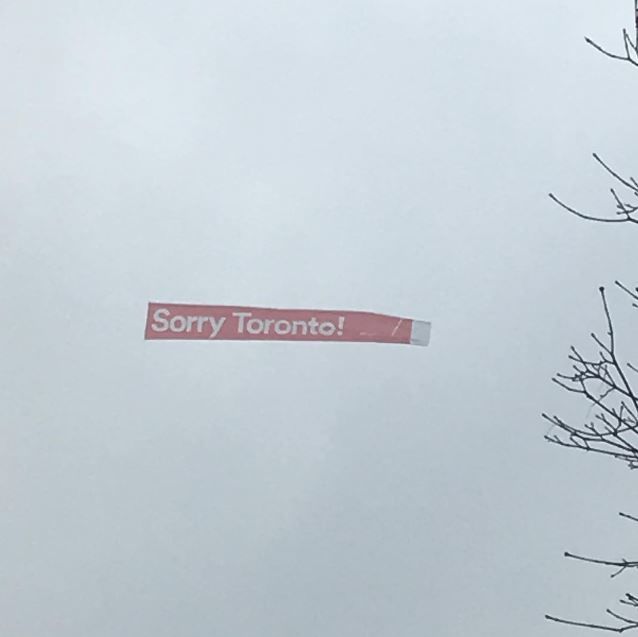 Joey Haar — December 7, 2016 — Marketing
References: joinmontreal375.tourisme-montreal.org & nowtoronto
Montreal's Sorry tourism campaign takes a cheeky and sarcastic shot at the civic celebratory abilities of some of its rival tourism destinations. The campaign features biplanes flying around downtown that read either "Sorry Toronto!" or "Sorry New York!" (depending on the city over which the biplane is flying, of course.)

Though the banners were initially confusing to residents of the respective cities, there is a reason for them. New Year's 2017 will represent the 375th anniversary of Montreal's founding -- a historic landmark, to be sure. As such, the sarcastic, tongue in cheek banners purport to apologize for the raucous that Montreal will be making in comparison to other nearby cities during its New Years celebrations.

Despite the playful shot, a press release explaining the Sorry tourism campaign invites the neighboring residents to join in the festivities.
4.6
Score
Popularity
Activity
Freshness