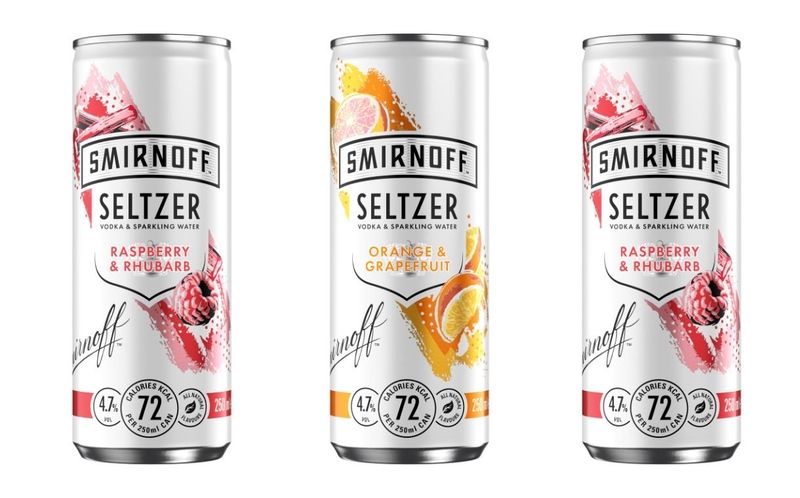 These Smirnoff Seltzers Have Been Launched in the UK Market

Michael Hemsworth — June 10, 2020 — Marketing
References: diageo & foodbev
Share on Facebook Share on Twitter Share on LinkedIn Share on Pinterest
Sparkling alcoholic refreshments have surged in popularity as of late as consumers seek out flavorful cocktails that are low in calories, so the Smirnoff Seltzers have been launched in the UK in response to this demand. The ready-to-drink cocktails from Diageo are made with a mix of the Smirnoff No.21 Premium Vodka along with sparkling water and a blend of natural fruit flavors. The drinks contain just 72 calories each and come in summery flavor options including Orange & Grapefruit and Raspberry & Rhubarb.

Global Marketing Director for Smirnoff Sarah Shimmons spoke on the new Smirnoff Seltzers saying, "Smirnoff has a long legacy of innovation, so we’re thrilled to bring the new range of Seltzers to the UK. After seeing the trend of hard seltzers soar in the US, we’re delighted to offer consumers refreshing tasting Smirnoff Seltzers, at 72 calories per 250ml serving. We are excited to launch in the UK, just as the summer begins.”
7.3
Score
Popularity
Activity
Freshness
Jeremy Gutsche Keynote Speaker