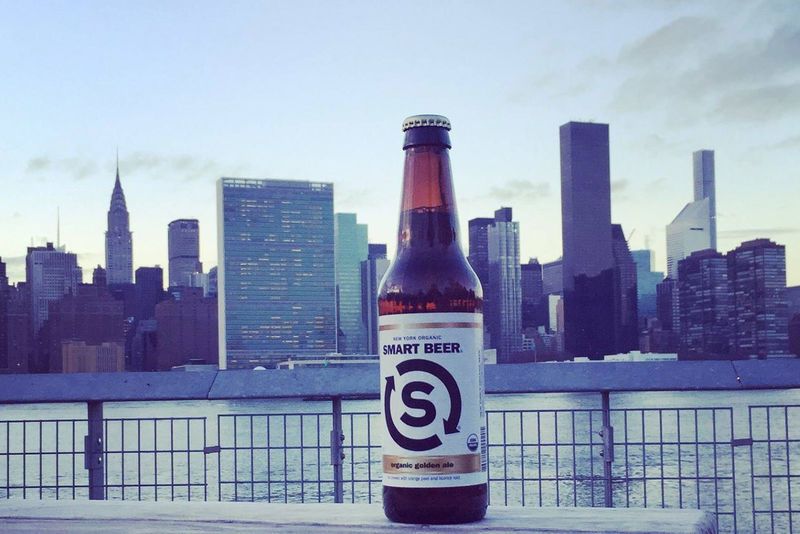 Meghan Young — April 7, 2016 — Lifestyle
References: smartbeercompany & coolhunting
Share on Facebook Share on Twitter Share on LinkedIn Share on Pinterest
Smart Beer isn't just a statement, it's the name of recently launched drink that introduces New York State to its very first organic brew. Debuting with an Organic Golden Ale, Cool Hunting writes, "It's lighter bodied but not too light, carries 5.5% alcohol, and delivers a well-balanced bite." Although Smart Beer can rely on its ingredient gimmick, it offers brews that compete with the quality of respected craft beers.

Founded by Gabriel Heymann, Smart Beer might be a strange name for an impressive brand, but when you really think about it, it isn't at all. Heymann says, "Out of the simple idea of creating a great tasting refreshing beer that reflected a healthier lifestyle, Smart Beer was born."
3
Score
Popularity
Activity
Freshness
Get Better and Faster