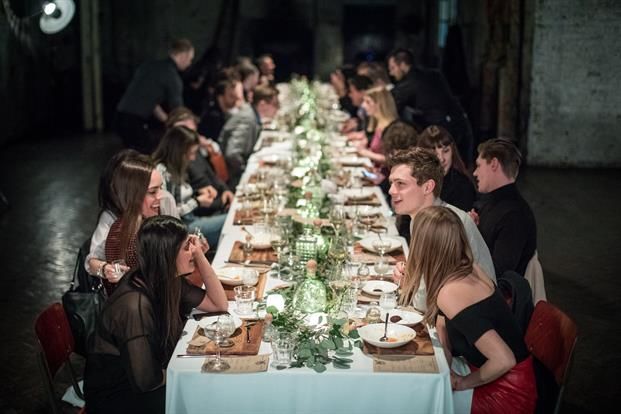 Laura McQuarrie — March 25, 2017 — Lifestyle
References: patrontequila & eventmagazine
The Patrón Secret Dining Society is a global program that recently made its first-ever stop in London to offer an exclusive cocktail-paired menu to a small group of diners.

For this event in London, the historic MC Motors served as the evening's venue. Diners gathered around the table and were served items like sourdough with home-churned butter seasoned with lava salt, fermented artichoke, seaweed kraut and kimchi. The entire menu for the event was carefully crafted to pair well with cocktails such as the tequila-based Patrón Reposado, which featured unusual ingredients like tomatoes, vinegar for umami flavors and milk.

Throughout the rest of the year, the Patrón Secret Dining Society will be making stops in Israel, France and Spain on its tour around the world.
6.7
Score
Popularity
Activity
Freshness