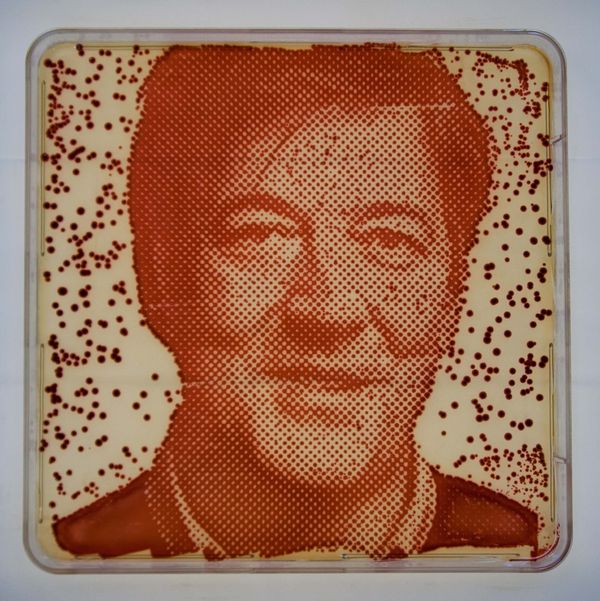 This Science Art Project is Made from the Bacteria of Celebs

Laura McQuarrie — February 11, 2014 — Pop Culture
References: thebigbangfair & sciencetothepowerofart
The Big Bang UK Young Scientists & Engineers Fair joined forces with Zachary Copfer, an American microbiologist and photographer for an unusual science art project. Copfer made portraits of Stephen Fry, Carol Vorderman, Dick and Dom, Liz Bonnin and Kieron Richardson all from bacteria that came from the bodies of each of these celebrities.

Copfer has deemed his unique artworks "Bacteriography" and creating these unusual art pieces involves using a photograph of a celebrity and exposing parts of it to radiation, which causes it to grow.

For their participation in the project, the Pop Art-like Bacteriography portraits will be given to the celebrities after they are put on display at The Big Bang UK Young Scientists & Engineers Fair in Birmingham from the 13th - 16th of March this year.
3.3
Score
Popularity
Activity
Freshness