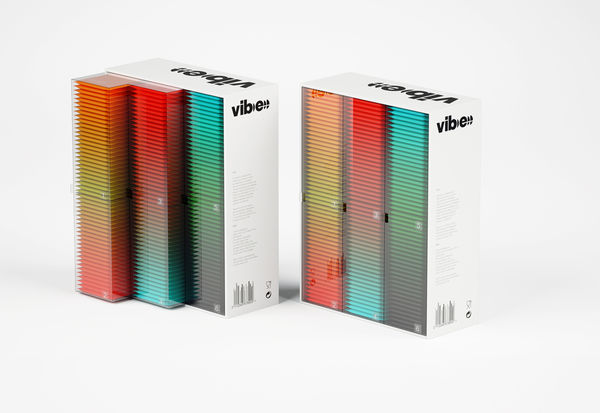 Inspired by the colors and shapes of a music equalizer, Moscow's Jekyll Hyde Agency developed Vibe, a cool, colorful and hip tea packaging system specifically for music festivals and nightclubs. The tea box itself is white and the vibrancy of the design comes from the individual tea packets themselves, which are arranged in subtle gradating patterns. As well as being highly aesthetically pleasing as a whole, each individual tea packet's color is representative of its type, such as Red, Brown, Black, Mint or Milk tea.
5.8
Score
Popularity
Activity
Freshness
Get the 2021 Trend Report FREE