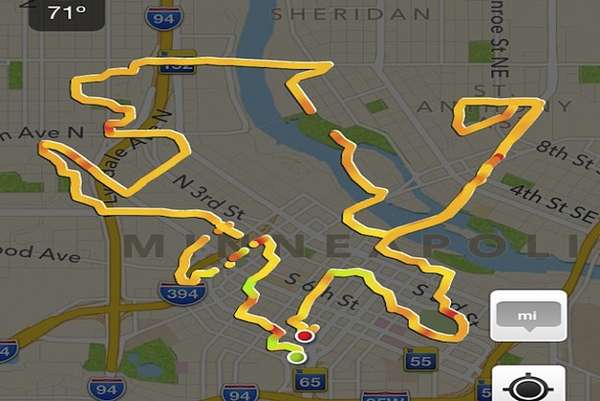 Alexander Lam — July 10, 2013 — Pop Culture
References: runofthrones.tumblr & psfk
Inspired by HBO’s popular Game of Thrones series, designer Gene Lu created the ‘Run of Thrones’ jogging path for Nike Plus. The paths were designed to resemble family crests from Game of Thrones. As you run Lu’s track, you are completing the outline of an iconic symbol from HBO’s hit series.

Lu created the paths by following four self-imposed steps. With three other people, he picked a sigil, created a route using Google Maps and then ran it. Finally, he took snapshots of the routes and created a Nike Run post.

Lu designed and ran three paths with his team. The paths were based off sigils of major houses from Game of Thrones. Run of Thrones includes paths in the shape of House Lannister, House Stark and House Greyjoy crests.