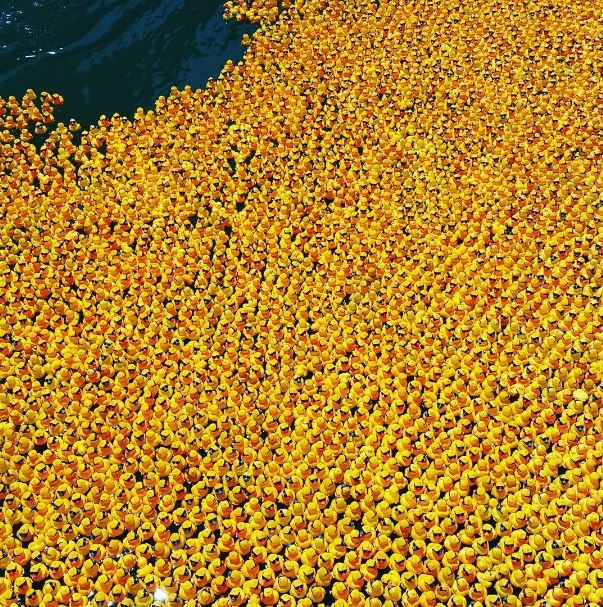 Joey Haar — August 8, 2016 — Special
References: soill.org & mashable
Share on Facebook Share on Twitter Share on LinkedIn Share on Pinterest
For the 'Windy City Rubber Ducky Derby,' thousands of rubber ducks compete in a race down the Chicago River. The event, which raises money for the Special Olympics Illinois, is a goofy sight that stands to get increased support as a result of the 2016 Rio Olympics this year.

Though the ducks in the Rubber Ducky Derby may be small, there's size in numbers and over 50,000 yellow rubber ducks floating in the Chicago River is a grand sight to behold. While the inanimate ducks don't actively race, the first mallard to cross the finish line is an important one. To raise money, supporters "adopt" one of the thousands of ducks and the person who adopts the winning duck gets a small prize.

This charming fundraising event is a wacky way to raise money and awareness for the Special Olympics.
2.2
Score
Popularity
Activity
Freshness
Get Trend Hunter Dashboard