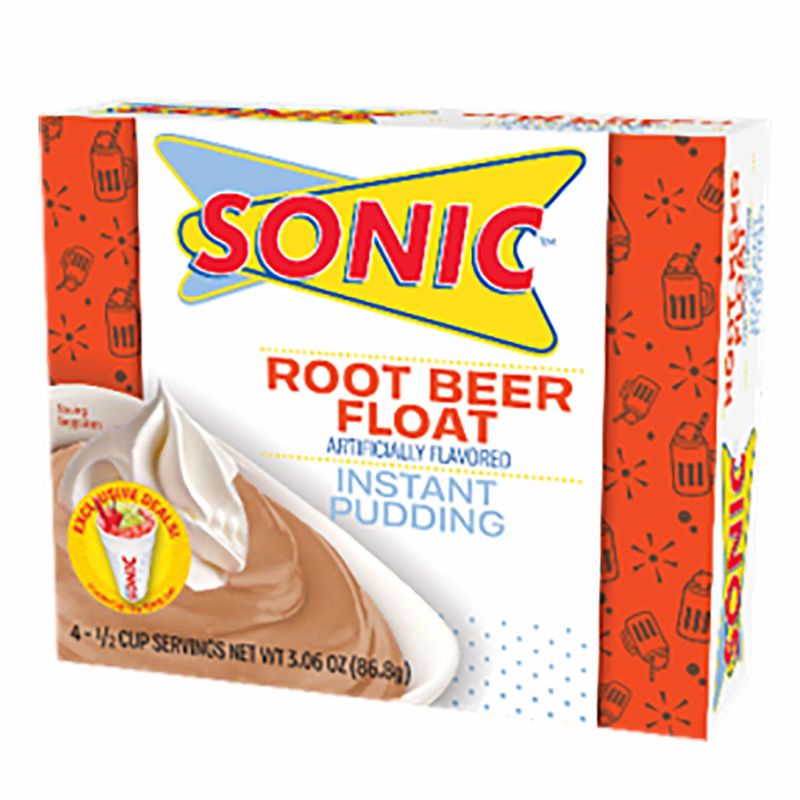 Katherine Pendrill — November 20, 2019 — Lifestyle
References: instagram & bestproducts
Share on Facebook Share on Twitter Share on LinkedIn Share on Pinterest
The fast food brand Sonic Drive-In recently expanded its grocery store line of instant puddings and gelatins with the debut of a Root Beer Float Instant Pudding. For those who are fans of Sonic's signature shakes, floats, and ice cream slushies, the new pudding is a delicious twist on a classic drink.

Sonic Root Beer Float Instant Pudding was recently spotted on Walmart's shelves by the Instagram account @snacksanta. According to the packaging, the product allows consumers to whip up root beer shake-flavored pudding at home simply by adding milk. The pudding is delicious both on its own, or as a rich cream pie filling.