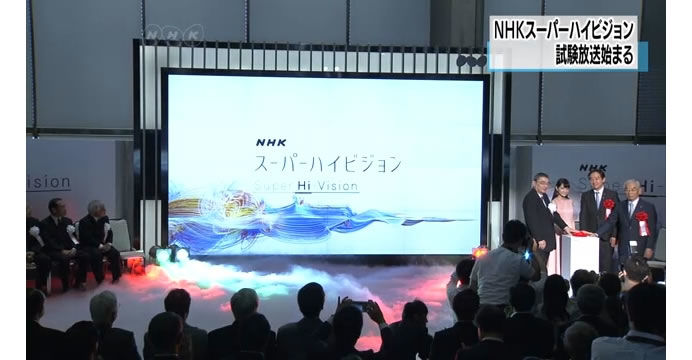 Japan's Public Broadcaster Will Show 8K During the Rio Olympics

Joey Haar — August 2, 2016 — World
References: nhk.or.jp & fareastgizmos
Share on Facebook Share on Twitter Share on LinkedIn Share on Pinterest
Since the majority of viewers won't be able to head to Brazil in person for the Rio Olympics this month, NHK, the Japanese public broadcaster, is doing what it can to present a live experience by offering 8K broadcasts. The ridiculously high-definition programming will be shown during Olympic broadcasts from 10 a.m. until 5 p.m. every day during the Rio Olympics.

8K broadcasts are unheard of, even by modern broadcasting standards. The newest televisions on the market can support 4K, also known as ultra-HD broadcasts. At 7,680 by 4,320 pixels, 8K broadcasting has approximately four times better image resolution than 4K. Considering that no consumer televisions will be able to handle that degree of detail, NHK will be showing the 8K broadcasts at public viewing sites across Tokyo and Osaka.
1.7
Score
Popularity
Activity
Freshness
Jeremy Gutsche Keynote Speaker