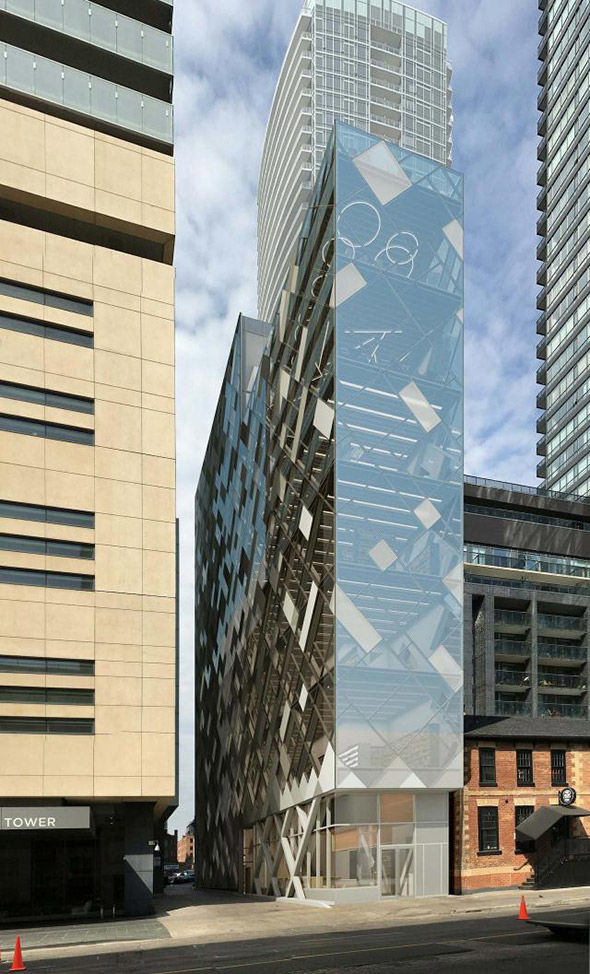 This Project Proposal Aims to Create Eight Storeys of Restaurants

Joey Haar — August 7, 2016 — World
References: app.toronto & urbantoronto
Share on Facebook Share on Twitter Share on LinkedIn Share on Pinterest
As the downtown core in Toronto gets denser and the city's population continues to grow, the demand for restaurants rises in lockstep, requiring a novel idea like the restaurant tower proposed for the King and John intersection. The proliferation of condos in the area show that, in lieu of ground space, developers can build upwards, but the eight-storey building is set to contain restaurants instead of domiciles.

The concept drawings for the restaurant tower, by architecture firm Sweeny & Co, show a sleek glass facade that will give diners a view of the hustle and bustle downtown while they enjoy their meals. Notable also is the narrowness of the building design, which is necessary considering both the high premium on downtown real estate and the size of the original building on the site (a three-storey building with no discernible historic value, according to ERA Architects.)
2
Score
Popularity
Activity
Freshness
Get Trend Hunter Dashboard